Town Branch Greenway is one of three greenway projects Sitework Studios is designing for the City of Asheville. Using publicly-owned land left over from urban renewal projects in the 1970s, Town Branch Greenway will create a park-like pedestrian corridor within Asheville’s existing urban fabric, as well as providing a vital pedestrian connection between downtown’s ‘South Slope’ and Asheville’s Southside/South French Broad Neighborhoods.

Extensive public outreach and intensive research and documentation were part of the design process and provided the team with a narrative to guide the story of this former business district, its citizens and neighborhoods. Public art will be installed along the greenway, referencing the area’s historic past. Sustainable design features of the greenway include extensive stormwater wetlands and BMP’s that will improve the quality of run-off into Town Branch Creek.

As the Prime Consultant and Landscape Architect, Sitework Studios  was responsible for design and construction documentation for the project. As Prime, we managed the design team comprised of civil, stormwater, geotech, structural engineers, architects and cost estimator.

The project received a Griffin Award from the Preservation Society of Asheville and Buncombe County for the historic research and interpretive feature design.

Construction is scheduled to begin in 2018. 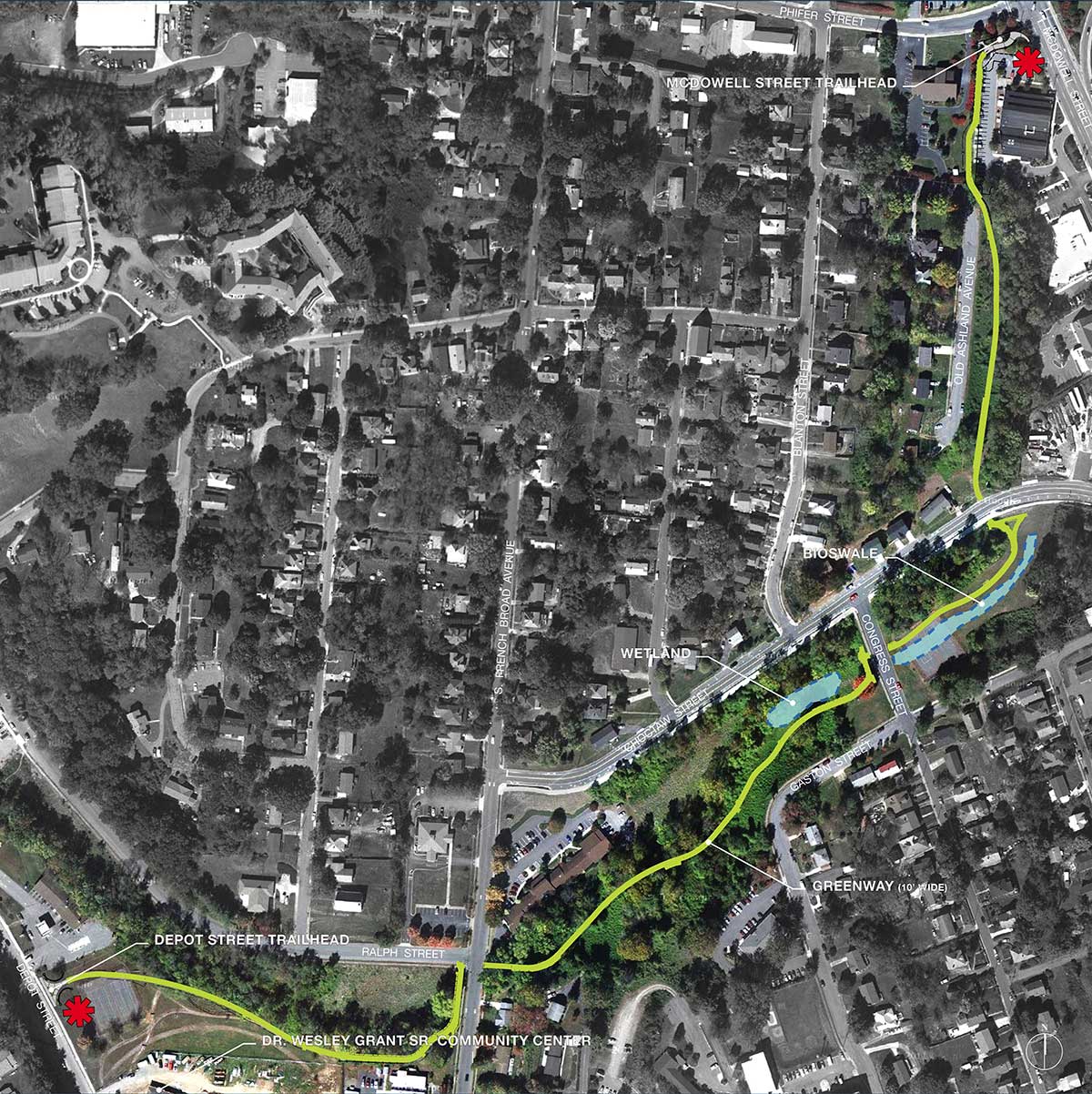 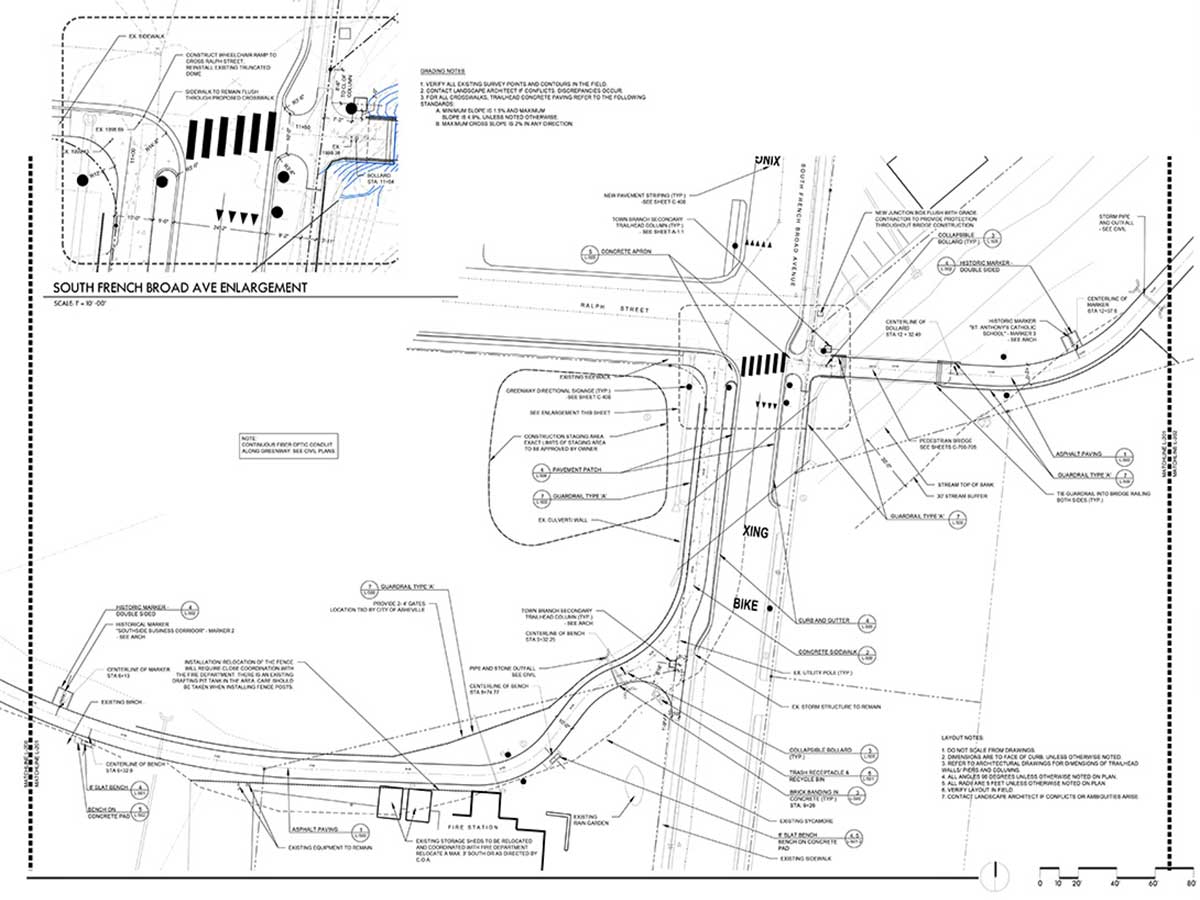 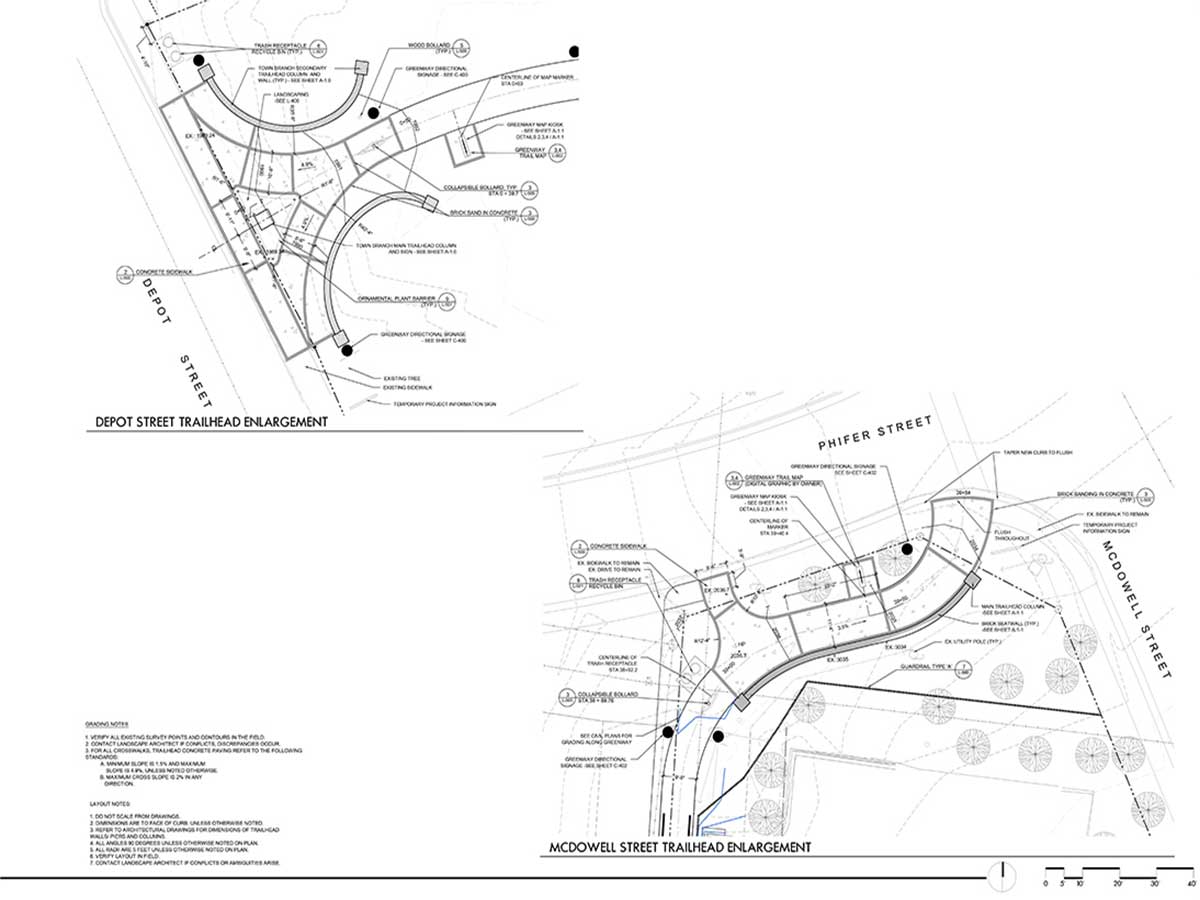 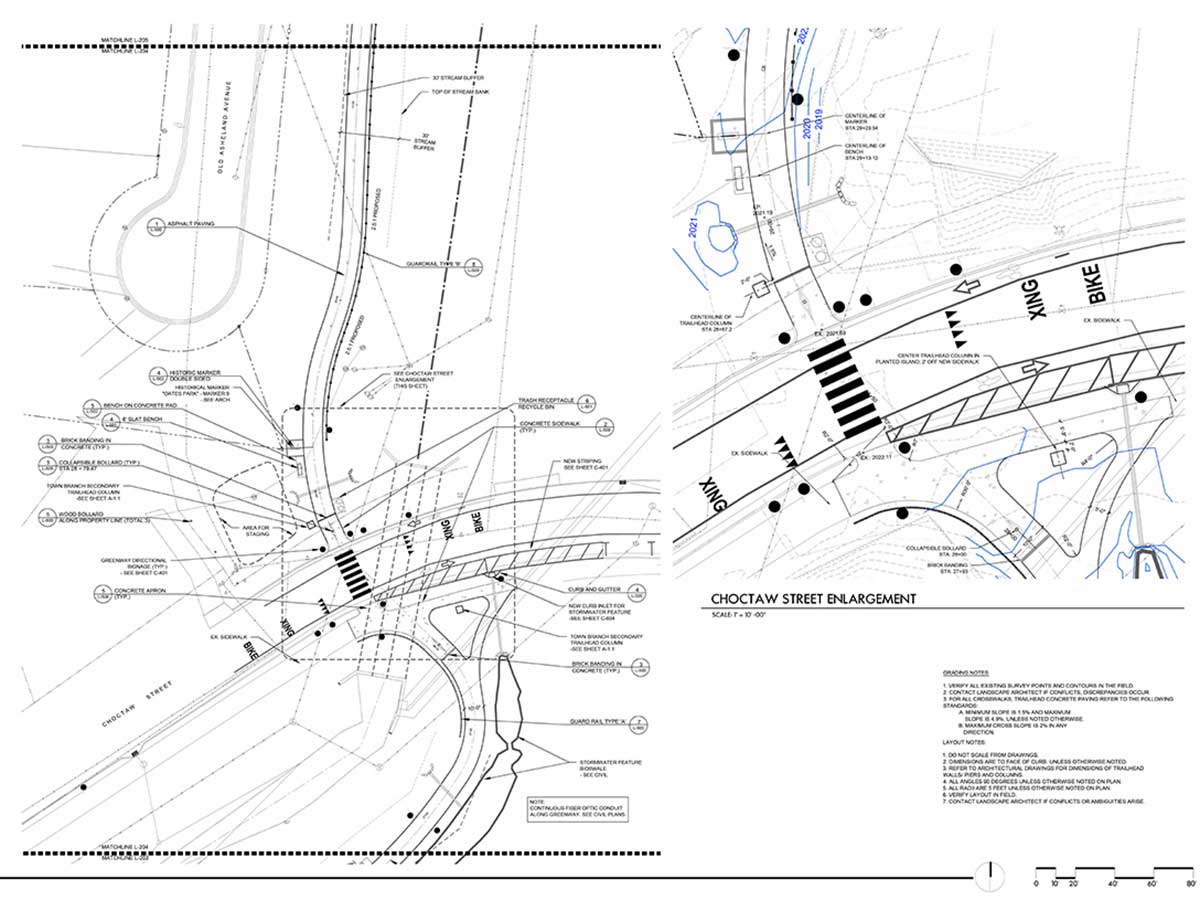 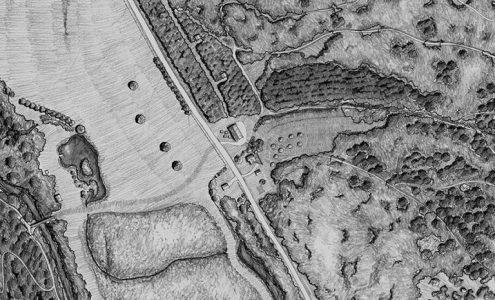 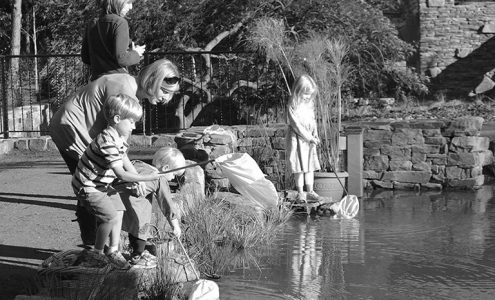 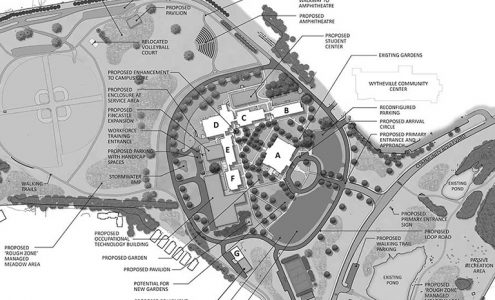 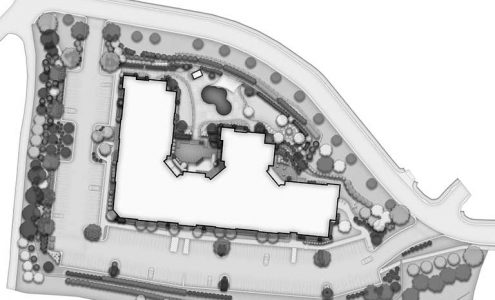